Stop Female Death in Advertising was a raise awareness campaign that aimed to illustrate and protest against the passivation of the female role in commercial contexts.

The campaign included a website that worked as a visual protest list. Visitors could see all the images together, read about the project and also contribute to the protest list by adding images themselves and, of cause, share with friends. Beyond the website packages were sent out to 50 great communicators at different agencies around Stockholm. Each package included a letter, a t-shirt and a badge asking them to be ambassadors for the project. The mission was to raise awareness and further spread the message with-in the industry. There are far more original, interesting and exciting ways to portray women.

Stop Female Death in Advertising is an award-winning project that was well received in both media and the industry. The website was visited by thousands of people all around the world. 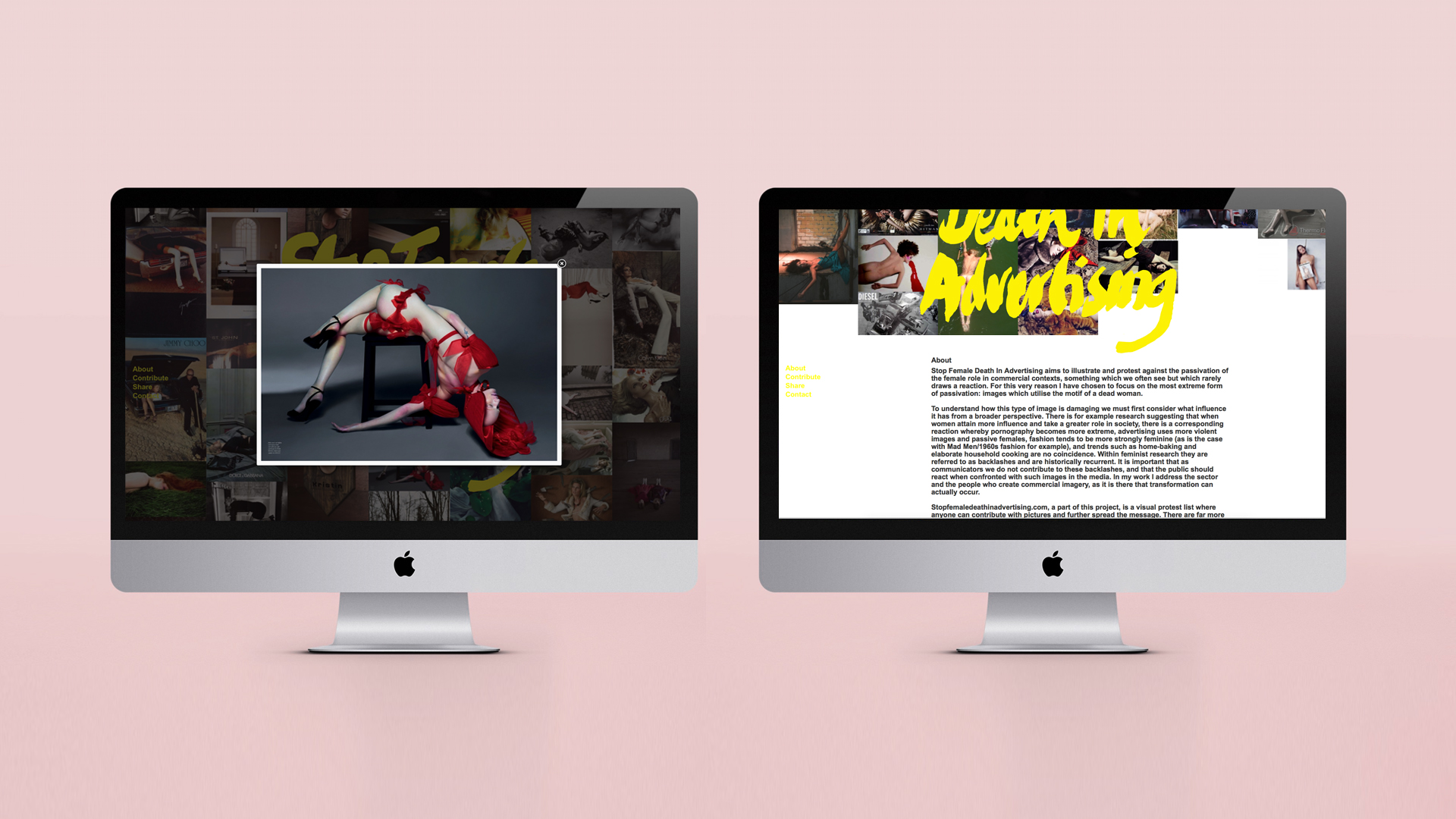 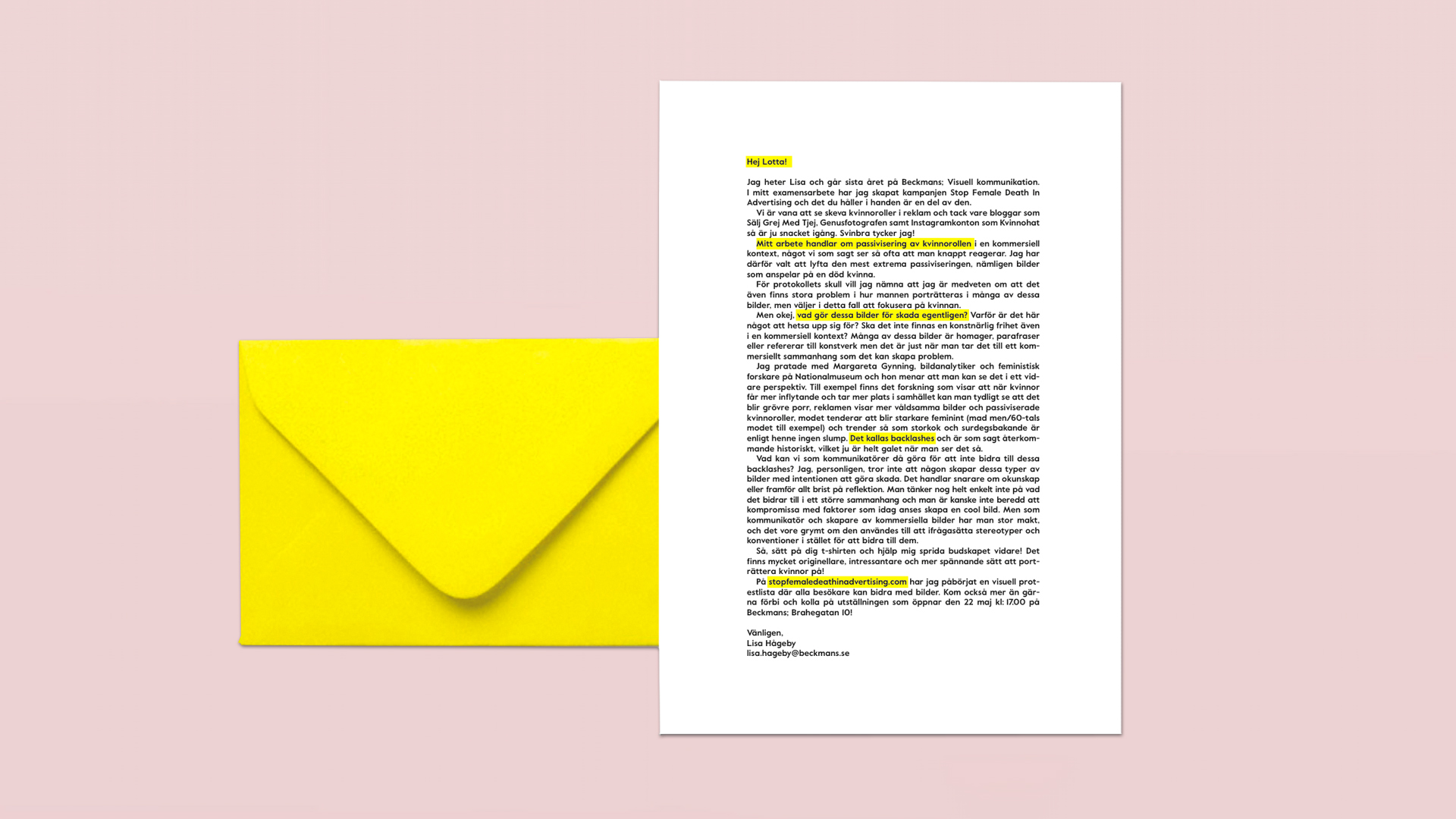